Leading from the mountains motivating recent Mac software updates to the deserts of the Mojave, Apple’s new MacOS announcement has been revealed, with lots of exciting new features for fans. 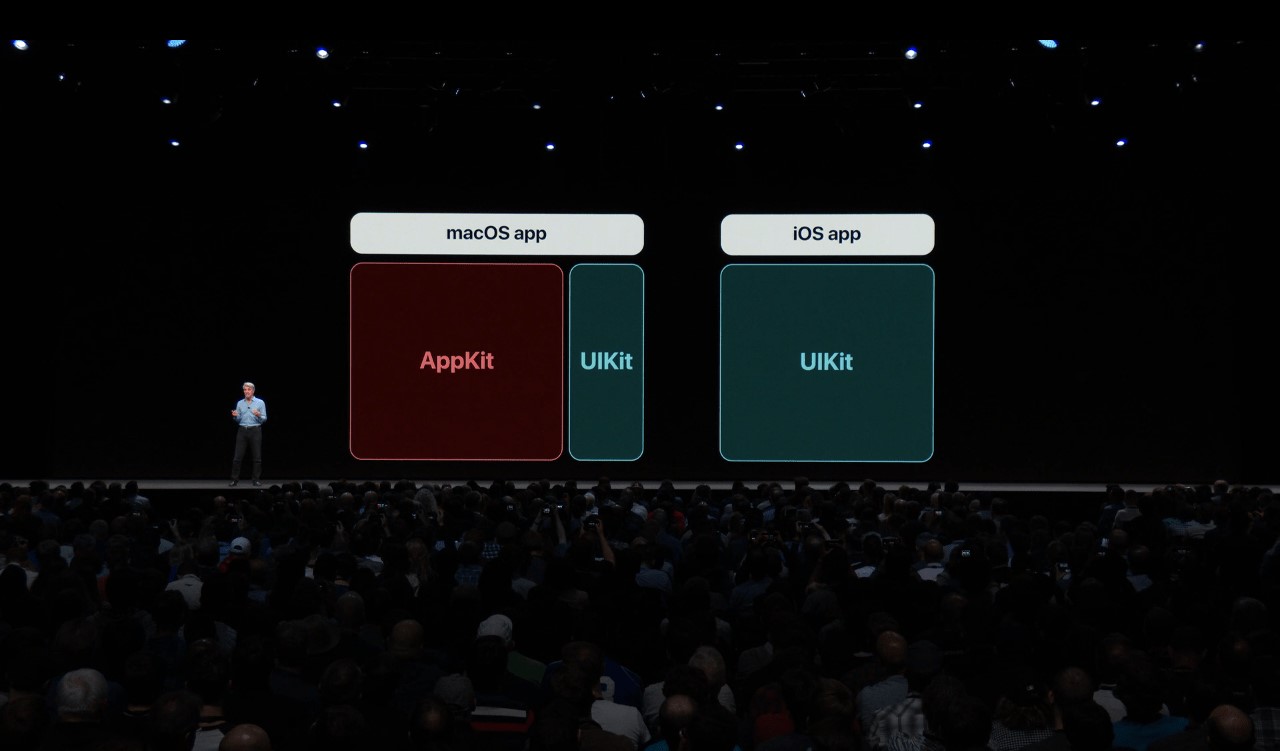 But probably the biggest feature of all will actually be coming to developers in 2019, with new features letting iOS apps be easily compatible with Mac. 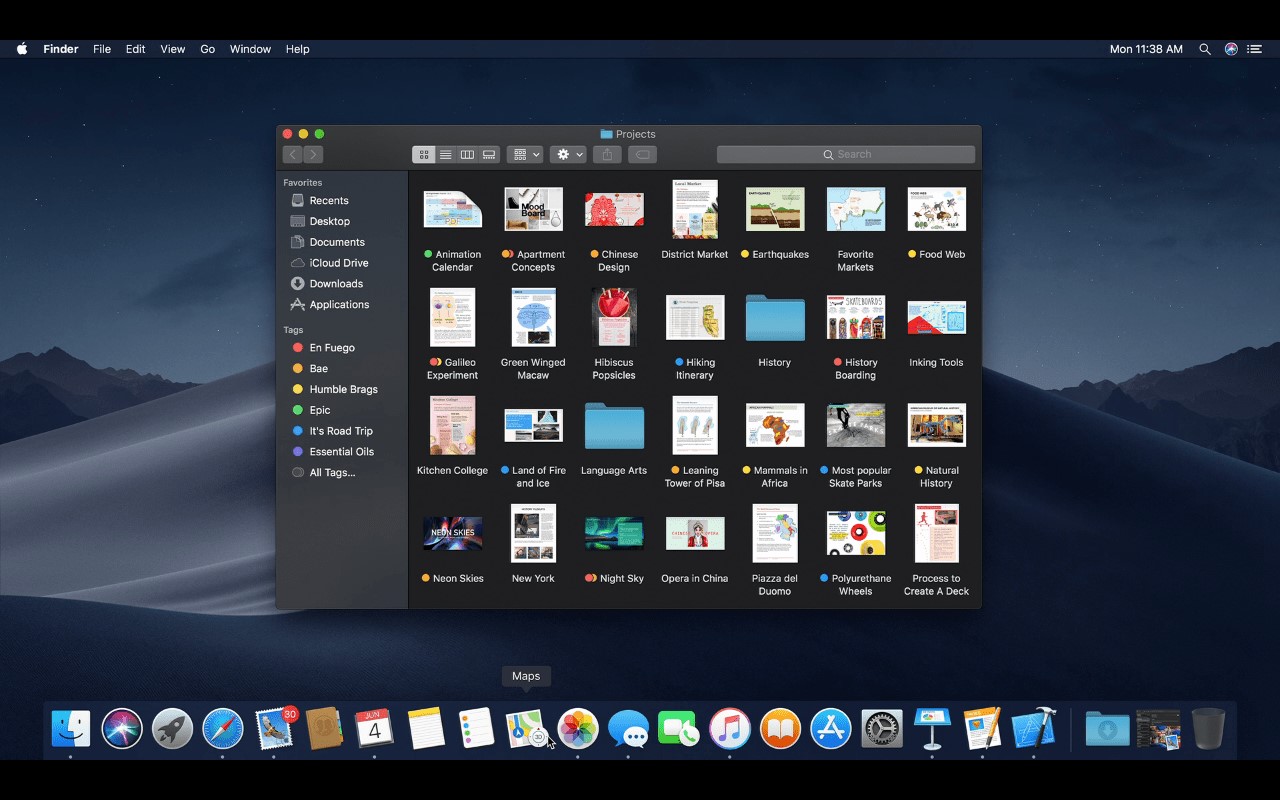 Apple announces a new ‘Dark Mode’, which makes all first-party apps take on a darker shade, is also on the way. Easy on the eyes for late night use, it’ll also be useful for photo editors and developers, with the former often preferring the punchy colors against a darker background, the later taking benefit of the more prominently apparent color contrasts in code groups during Xcode usage. 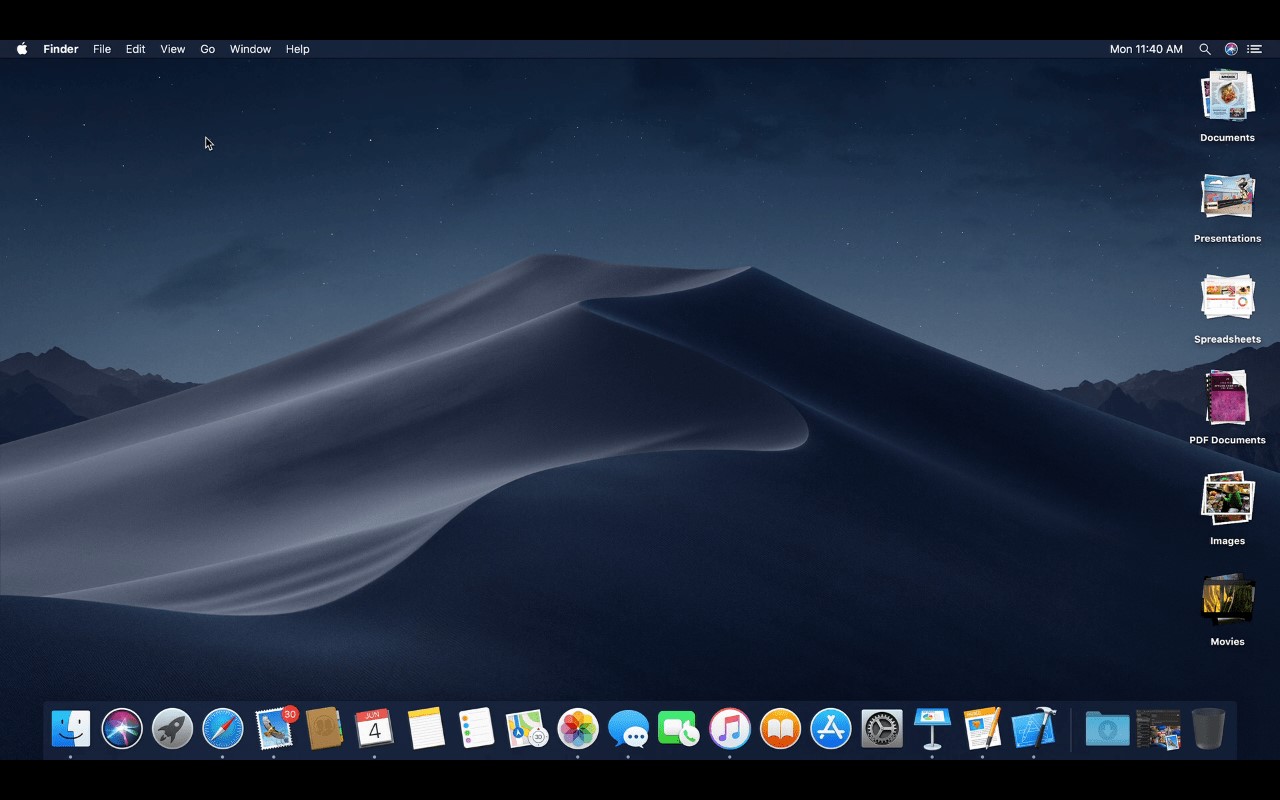 Messy desktop? No problem in MacOS Mojave – it’s introducing Desktop stacks, which group together related icons into piles, auto-tidying your desktop, expanding with a tap. You can also clean your Desktop through a stack with gestures to scroll to an individual file that you’re seeking out.

Your desktop wallpaper can be set to change over the course of a day too – new Apple-designed options of, say, a desert panorama, will change from morning through to noon, evening and the dead of night as time in your local location changes. 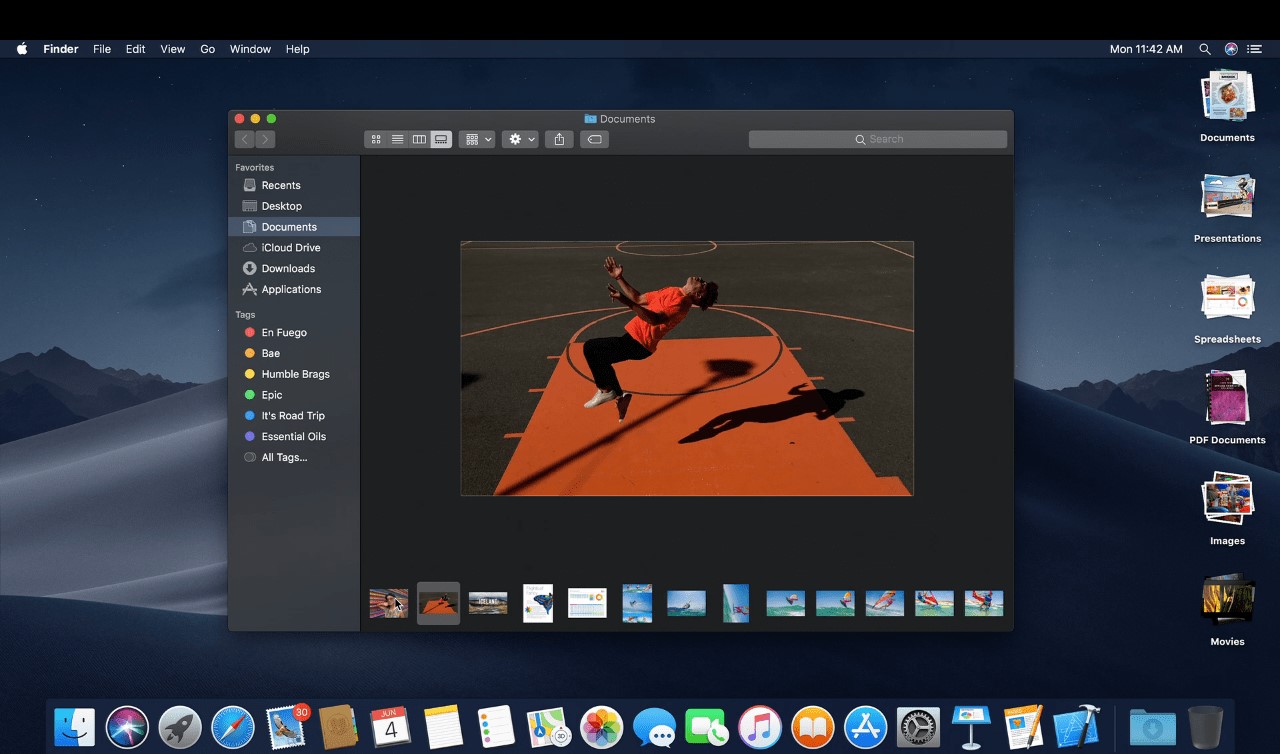 Who wants more metadata? You do, that’s who. The Gallery View will now give quick actions that you can instantly fire up contextual information. For instance, Finder will now have customizable buttons that could add a watermark automatically to PDFs, once set up.

Screenshotting gets improvements too. You’ll have greater control over magnification settings, while you’ll have to option to a screengrab from within a video too. 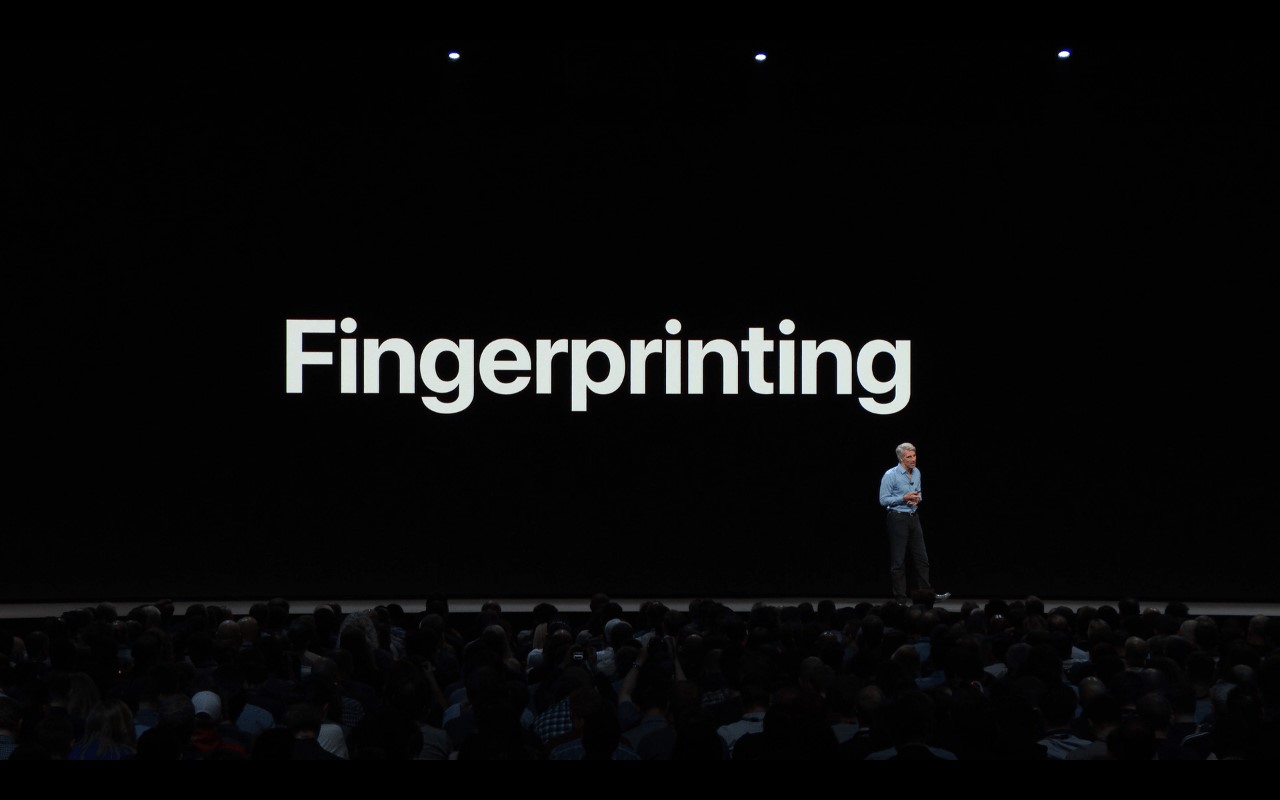 Safari is doubling down on privacy features – unsurprisingly, given the year’s Facebook scandal and Europe’s newly introduced GDPR requirements. Apple announces that due to this privacy feature update ‘fingerprinting'(tracking user site-to-site) will be harder for nefarious ad firms. These Safari features will carry over into iOS 12, too.